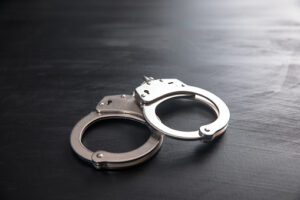 A nine-year-old Dalit boy from the Jalore district of Rajasthan died on Saturday after he was presumably beaten by his school teacher, for drinking water from a pot meant for upper caste only. The incident occurred on July 20 and the boy succumbed to his injuries in a hospital in Ahmedabad. He was a student in 3rd grade at Saraswati Vidya Mandir in Jalore.

The police said that the accused teacher, Chail Singh (40), has been arrested and booked under section 302 of the Indian Penal Code and the SC/ST Act.

Chief Minister (CM) of Rajasthan, Ashok Gehlot denounced the incident and stated that the case has been assigned under the Case Officer Scheme for a quick inquiry.

The CM tweeted saying “The death of a student due to assault by a teacher in a private school in the Sayla police station area of Jalore is tragic. An arrest has been made against the accused teacher by registering a case under sections of the murder and SC/ST Act.”

According to the letter given to the Sayla police by the boy’s family, Singh was abusing the boy with casteist slurs while beating him. The family further added that due to the beating, the boy sustained injuries in his right ear, eye, and face.

The victim was at first taken to a district hospital before being referred to Udaipur hospital. There he was treated for over a week. Later he was taken to Ahmedabad, where he succumbed to his injuries.

A compensation of rupees 5 lakh has been announced from the chief minister’s relief fund for the deceased’s kin.

Several leaders across the country censured the incident. Former CM of Rajasthan and Bharatiya Janata Party leader Vasundhara Raje demanded that those responsible should face harsh punishment. The deputy leader of the opposition in Rajasthan, Rajendra Rathore, condemned the episode and insisted on strict punishment for the teacher.