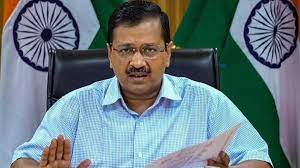 Arvind Kejriwal, the chief minister of Delhi and the national convener of the Aam Aadmi Party (AAP), stated on Wednesday that Vijay Nair’s detention on suspicion of involvement in the suspected Delhi excise policy fraud was totally beyond his understanding as he was simply a “chhota karyakarta.” However, the head of the Bharatiya Janata Party (BJP) in Delhi, Adesh Gupta, claimed that the Kejriwal administration is rife with corruption and fraud.

Kejriwal defended Nair, the former CEO of a Mumbai-based business Only Much Louder, adding, that he was detained for handling AAP’s media strategy in Gujarat (OML). In the case of 15 defendants, including Delhi’s deputy chief minister Manish Sisodia, Nair is the first to be taken into custody. Nair is accused of accepting bribes from the owner of a liquor company the Central Bureau of Investigation (CBI).

The CBI has made its first arrest in the alleged liquor scam, which it alleges resulted in significant losses for the exchequer and involved the issuance of liquor licenses to selected private players. Vijay Nair, the former CEO of the event management firm Only Much Louder, who was listed as accusation number 5 in the agency’s filed police report, has been detained by the agency.

Nair, according to the CBI, was a significant player in how kickbacks were distributed to public employees. Nair, who oversees the Aam Aadmi Party’s communications, is also a member of that organization. After Nair’s detention, AAP stepped up its criticism of the BJP, claiming that he was detained because he was in charge of Gujarat AAP’s social media accounts, where the BJP reportedly

The party only voiced its support for Vijay Nair after his detention, despite the fact that he had been listed as an accused and that the CBI and Enforcement Directorate had conducted a raid. Nair, who is considered close to the AAP’s senior leadership, was key in the party’s campaigns in Gujarat, Punjab, and Delhi in the prior years.