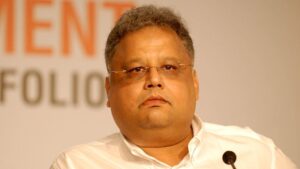 Ace Indian Billionaire investor, Rakesh Jhunjhunwala, suffered a cardiac arrest early Sunday morning and was declared dead on arrival at Breach Candy Hospital. The 62-year-old investor was known to have a slew of health issues and was admitted to the hospital a few weeks ago, on account of kidney-related issues.

The grandmaster of trading, also famously known as the Big Bull of Dalal Street, had attended the commencement of Akasa Air’s commercial operations on August 7. Born in July 1960 and popularly hailed as India’s Warren Buffet, Jhunjhunwala began his trading journey in 1985, with Rs. 5000, when BSE’s Sensex was at 150.

Jhunjhunwala recently had an estimated net worth of over $5.5 billion, making him the 36th richest man in the country. Prime Minister Narendra Modi tweeted condolences, among other top politicians and business tycoons who expressed shock and grief over the business magnate’s passing.