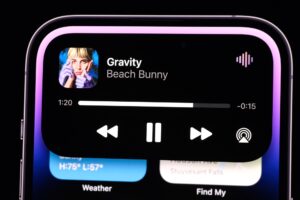 Apple CEO Tim Cook unveiled the much-awaited iPhone 14 at the ‘Far Out’ event. Apple has
officially announced the more advanced series of iPhone 14 that includes the Pro, Pro Max and
Plus models. The display is the first obvious visual change in the iPhone 14 Pro variants. The
notch is being replaced by a pill-shaped cutout that will house the Face ID components and a
second circular cutout for the front-facing camera, though Apple will still offer the standard 6.1-
and 6.7-inch models.

The earlier A15 Bionic chipset is still used in the iPhone 14 series, but Apple has improved the
camera and added security measures like crash detection. The US versions of the iPhone 14
series are also losing their SIM trays. Apple is also providing emergency SOS access via
satellite, but just for the US and Canada for the time being.

Apple’s A16 Bionic chip is located inside the iPhone 14 Pro variants. Apple has prioritised battery efficiency, display, and camera with its new CPU. The six-core CPU has four efficiency cores that utilise a third of the power of competing CPUs and two high-performance cores that require 20% less energy. Compared to last year’s iPhone 13 Pro models, which switched to a 120Hz ProMotion high refresh rate display and three brand-new cameras, the iPhone 14 Pro provides a lot more this year.