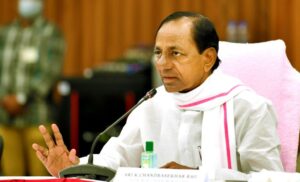 In keeping with tradition, Chief Minister K. Chandrashekhar Rao on 28 Sept 2022, announced a bonus of Rs. 368 crores, or 30% of the company’s profit share for 2021–2022, for the employees of the state-owned Singareni Collieries Company Limited (SCCL). Orders have been obtained for the money to be released right away.

As a result, a bonus of over Rs. 83,000 was anticipated for over 44,000 National Coal Wage Agreement (NCWA) employees and SCCL staff members. On October first, the bonus would be paid. The profit sharing bonus announced this year was 1% greater than the bonus announced last year, which was a 29% bonus, or roughly Rs. 350 crores.

In a statement, SCCL Chairman and Managing Director N Sridhar stated that the business had paid the union and state governments a total of Rs. 3,596 crores in taxes in the years 2021–2022. During this time, SCCL produced an astounding 65 million tonnes of coal and transported over 65.5 million tonnes, recording a rise of 37%. The Singareni Thermal Power Plant supplied the electrical system with 8,808 million units.

The Chief Minister also established compassionate employment for the kids of workers who were deemed medically incapable or who passed away while performing their duties.