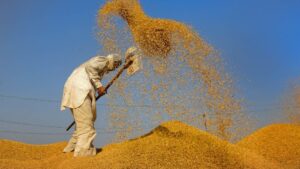 The All Kerala Rice Mill Owners Association (AKRA) has announced that its members will
refrain from purchasing any further paddy as a sign of their opposition to the state
administration. After AKRA representatives spoke with the government, a decision was
made in a meeting of AKRA members. The government has allegedly broken its pledges over
the past six years, claims the group. The group also cited the civil supplies minister’s and
finance minister’s repeated statements that they “would favourably look into the problem.”
The group claimed that even inquiries involving significant issues go unanswered.

On Monday, paddy farmers and the “padasekhara samithis” (collective of rice farmers)
protested the process used to buy paddy from farmers. Farmers in this area protested in
front of the paddy officer’s office and demanded a consistent process for buying paddy from
farmers. Following a promise that negotiations between the officer and farmers, scheduled
for Tuesday, would address the issue of farmers, the demonstration was called off.

Around 11 am farmers arrived at the paddy officer’s office and began to sit in protest.

Each paddy farm had a different cost for purchasing paddy. Farmers claimed that the
procurement strategy being used was not profitable. Additionally, they did not want to keep
the paddy in their fields for much longer. Farmers claimed that after being piled up in fields
for many days, rice mill owners put pressure on them to lower the price of the paddy since
there is a risk of harm if it is exposed for more days.
After a farmer in Kallara attempted suicide in his field on Monday morning, the farmers’
protest changed course. The farmer doused himself with kerosene and then attempted to
light himself on fire. He was saved by locals who raced to the scene when they saw him
trying to light himself on fire.