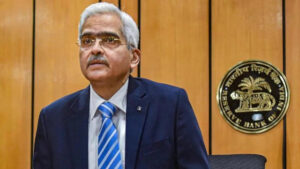 The six-member Monetary Policy Committee (MPC) headed by The Reserve Bank of India (RBI) Governor Shaktikanta Das announced a 50 basis points (bps) hike in the repo rate on September 30. The benchmark lending rate now stands at 5.9%, the highest in the last three years.

This is RBI’s fourth consecutive hike in the repo rate. The MPC has raised the rate by 190 basis points to fight domestic and global inflation since May 4, 2022.

The Repo Rate is the rate at which the RBI lends to the commercial banks in India, the RBI uses it to increase or decrease the money supply in the economy. One bps represents one-hundredth of a percentage point.

The rate hike was highly expected by the experts as the Federal Reserve of the United States of America on September 21 raised the benchmark interest rates by 75 basis points. In the fight against inflation, the US Fed is expected to continue massive rate increases.

After the MPC’s call, Rupee showed signs of recovery on Friday after a turbulent week jumping up to 81.16 during the day. The Indian currency had plunged to a record low of 81.90 against US Dollar on Wednesday.

The Indian stock markets reacted positively to the policy announcement and witnessed a bounceback with their best quarter in a year. Sensex ended at 57,426, up over 1000 points. Nifty 50 ended at 17,904, up 1.6% ending its 7-day fall streak.