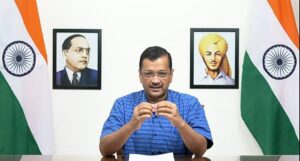 Delhi Chief Minister, Kejriwal announced a 15-point Winter Action Plan to curb pollution in Delhi. which include the following points.

He also said that the pollution has come down in 2020-2021 from that in 2017-2018. He included that the steps by Government have also contributed to the decline of pollution. Plus, 2 crore people who have taken measures to get rid of pollution has also helped.